Magic beaks: the sixth sense in birds that dates back to the time of the dinosaurs

Birds like ibises and kiwis that probe their beaks in mud and water to catch insects and other small invertebrates possess a remarkable tactile sense that allows them to locate their hidden prey by detecting tiny vibrations in the substrate using their beaks. How do they do this, and where did this unique avian “sixth sense” come from? Those are some of the topics that researcher Carla du Toit will discuss in this upcoming seminar. Various species of birds all around the world today possess these “magic” beaks, despite not being closely related to each other. An all women led team from the University of Cape Town set out to try and figure out exactly when this sense evolved in modern birds, and found traces of the mysterious organ that is behind the sense in fossil beaks of birds that evolved more than 65 million years ago, at a time when dinosaurs still walked the earth. These fossil birds, called lithornithids, were some of the few groups that survived the massive extinction event that killed off the dinosaurs, which then subsequently went extinct over 40 million years ago. Their closest living relatives are the group of birds containing the ostriches and kiwis, leading the researchers to believe that the ancestors of the giant ostriches and emus more closely resembled birds more like a hadeda ibises and other probe-foraging species than their giant flightless descendants. Furthermore, this remote-touch sense probably evolved even earlier than in the lithornithids, possibly even in the snouts of large carnivorous theropod dinosaurs. This talk is aimed at all levels of knowledge, and is for anyone interested in birds and/or dinosaurs, and wants to hear exclusive insight into breaking new research on the ecology of birds by African scientists that has recently reached international recognition through features in global media outlets such as New Scientist and the New York Times. 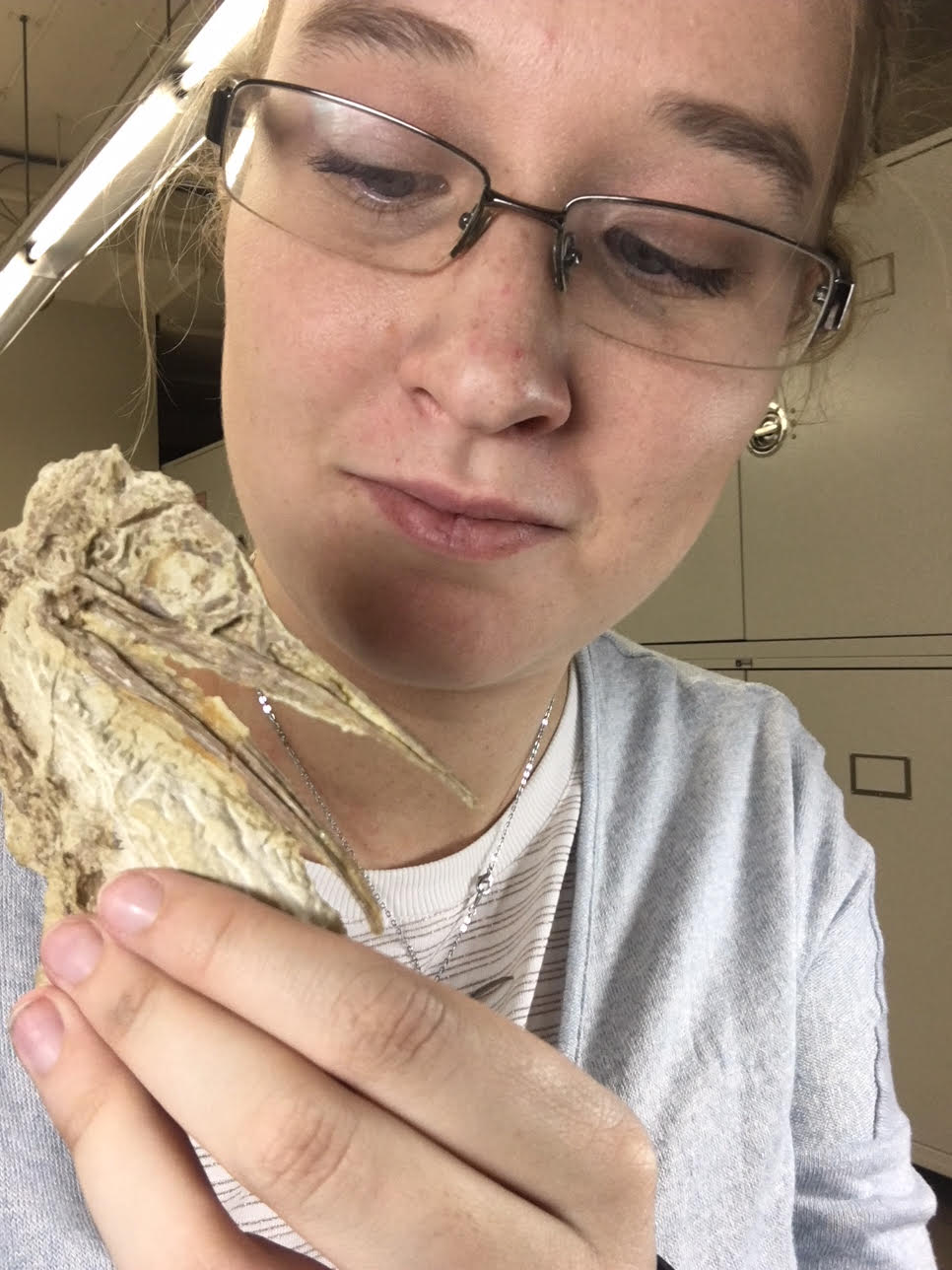 Carla du Toit
Carla du Toit is a final year PhD student at the FitzPatrick Institute of African Ornithology at the University of Cape Town. For her doctoral thesis, she is studying the sensory ecology of ibises and other probe foraging birds and how this relates to their foraging behaviour and beak morphology. Her project also encapsulates a paleontological aspect, as she seeks to understand when and how the unique avian sense of remote-touch evolved in modern birds millions of years ago. She has gone from deserts to wetlands, having previously worked on sociable weavers in the Kalahari, looking at how their colonies affect the soil and plants beneath their nesting trees. Carla has been a birder since the age of six, and her love from birds evolved from a childhood love of their predecessors; the dinosaurs. She loves game drives, nature photography & baking, is an avid pc gamer and dog lover, and hopes to continue her career in ornithology doing research and teaching others.
Website
Twitter
More info
This website uses cookies to improve your experience. We'll assume you're ok with this, but you can opt-out if you wish. Cookie settingsACCEPT
Privacy & Cookies Policy