The unmistakeable, loud deed-deed-deed-deed-er-ick call of the diederik cuckoo, Chrysococcyx caprius, is a characteristic of the spring and summer landscape of southern Africa. The species is an intra-African migrant, tending to follow the rains, returning to southern Africa in September-October (mainly October, thought to be timed for the breeding season of its Ploceidae hosts). It of course belongs to the cuckoo family, Cuculidae, which contains many species that are brood parasites, laying their eggs in the nests of other birds.

Like many Cuculidae, diederik cuckoos are brood parasites, the female lays its eggs in the nest of a host species, and then leaves the host(s) to raise the chick to fledging. Hosts are mainly Ploceidae,  weavers and bishops including widowbirds, but they can also parasitise the nests of a number of other small birds. In South Africa, 24 host species are known, with the most common being Cape sparrow, southern masked weaver, Cape weaver, village weaver, red bishop, and cape wagtail. In this post, we will look at a female laying eggs in the nest of lesser masked weavers, Ploceus intermedius.

Interestingly, Sharon Lemos did a masters thesis at the University of KZN in 2003 looking at host suitability in the diederik cuckoo – ploceid brood parasitism breeding system. She looked at two hosts, yellow weavers (Ploceus subaureus) and the southern red bishop (Euplectes orix). Diederik cuckoo nestlings were
provisioned the same diet as the host nestlings in both host nests. Cuckoo nestlings in bishop nests received a protein-deficient seed diet following hatching, where as those in yellow weaver nests were given a more insect-rich – and therefore protein rich – diet. Diederik cuckoos in bishop nests grew at a slower rate and fledged in a poorer condition than their yellow weaver counterparts.

These results are interesting given that southern red bishops are the most frequent host for diederik cuckoos. She concluded that diederik cuckoos may preferentially exploit bishop hosts because of the low frequency of cuckoo egg rejection, which ultimately results in many cuckoos fledging from bishop nests despite the low-quality diet provided to chicks.  One wonders what the level of genetic fixation of host preference behaviour is in these cuckoos, because if it is genetically fixed, prefering a host that does not reject as many eggs would seem to confer considerable genetic fitness.

The diederik cuckoo gets its name from and onomatopoeic rendition of its persistent and loud deed-deed-deed-deed-er-ick call of the male. The specific name caprius is thought to be a misprint for either cuprea (coppery) or capensis (of Cape of Good Hope), but I like to think it is cuprea, because the birds – especially females and juveniles – often show coppery colours.

Like many birds, diederik cuckoo are dimorphic, that is, males and females differ in appearance. As is common, the male birds have a brighter, more ‘flashy’ colouration with more distinct markings, while the females are plainer and more camouflaged. Despite being plainer, the females are still quite colourful, and have a beauty all their own.

Like many birds, diederik cuckoo are dimorphic, that is, males and females differ in appearance. As is common, the male birds have a brighter, more ‘flashy’ colouration with more distinct markings, while the females are plainer and more camouflaged. Despite being plainer, the females are still quite colourful, and have a beauty all their own.

M.A. Macdonald studied diederik cuckoo in southern Ghana from 1975 to 1978 and found that most food was taken from or close to the ground, and consisted mainly of caterpillars or similar larvae. This is also true in South Africa, rarely do they seem to eat much of anything else. Interestingly, the caterpillars that they eat are poisonous to most other birds.

It is interesting that the congeneric, Klass’s cuckoo also eat mainly caterpillars, but they avoid competition by virtue of the fact that they have different brood hosts, and also to some extent different habitats.

Diederik cuckoo females are territorial, and defend their territory within a colony of breeding potential hosts such as weavers of bishop birds. Males range across female territories, competing with other males for breeding access to territorial females, and attempting to convince the resident female that he is a suitable mate.

The rituals associated with breeding are quite elaborate, involving flight patterns, calling signals to other males and females, pre-mating feeding associated with particular behaviours. I managed to observe these behaviours a number of times, and was able to photograph them at Rietvlei, near Pretoria.

Host birds are not unaware of the diederik cuckoo, and will often mob them en mass. I saw this in Rietvlei, and it was what led me to park next to the dead tree where I was eventually able to photograph the feeding behaviour. I saw that the southern masked weavers often chased the cuckoos away, and they went to perch in the dead tree. It is known that sometimes a cuckoo is killed by his mobbing, especially by the southern masked weaver.

I always assumed that the caterpillar was presented as a prelude to mating, but L.J. Smith mentioned in an article in Koedoe in 1987 that the caterpillar presentation occurred post mating. Smith also observed males raiding weaver nests and returning with eggshell for the female (at Kruger National Park), often ejecting weaver hatchlings that we were then eaten by yellow-billed hornbills, Tockus leucomelas.

After sighting a female, a male will court the female with song and aerial patterns, and then he will fetch her a caterpillar. During this ritual feeding, the male and female engage in a vigorous dance of bobbing up and down with wings partially spread. Presumably not all such encounters are successful, but I have not observed one that wasn’t so I don’t know what the outcome would be. In a successful encounter, the caterpillar is passed from the male to the female, with an extended time – several seconds – when both birds hold one end of the caterpillar. Eventually the male lets go, and may fly off to fetch another.

Sexual selection alone may not be the only selection pressure leading to dimorphism in cuckoos. For example, recent studies have shown that female plumage became more cryptic with the evolution of brood parasitism. The degree to which this generalisation applies to the diederik cuckoo is not known, since females are still pretty colourful.

I have not managed to see a pair copulating yet, but I was lucky enough to catch a female laying eggs in a host colony. According to the literature, when the egg is ready to be laid, the female waits for the potential host to leave the nest and than flies inside, presumably to inspect it. She may throw the existing eggs out the nest, or carry them to a nearby perch and eat them. Afterwards, she lays one egg (occasionally two). A female may lay 3-5 eggs in 3-5 nests in a single day and as many as 20 to 24 eggs in as many different nests during the breeding season.

I was able to watch the nest intrusion by a female over a couple of days at Satara camp in Kruger National Park. It was a lot more violent than described above, with the hosts trying to chase the intruder away by mobbing her, and even trying pull the intruder out of the nest. In this case the host was a colony of lesser masked weavers in the camp. This species is commonly parasitised by Diederik cuckoos. The photos were taken almost at dusk on a heavily overcast day, so they challenge the limits of what is possible when hand holding a big lens, but they do, I think, show the sequence of events well enough.

To say that the lesser masked weavers were aware of the cuckoo would be an understatement. Although the female diederik was using reasonable stealth, hiding in shadows, watching the nests, and flying in when there was no weaver activity, it was not long before the weavers returned and began chasing the cuckoo. The male weavers often clung to the nest entrance watching, keeping a close eye on the cuckoo.

Sometimes, the female cuckoo had started to enter the nest. Male weavers sometimes attacked her in groups of 2-4 males, and sometimes it was all females, and sometimes a mixture of both. I observed 9 cases where she was pulled out of the nest, but just before dark on the first day, she succeeded.

The weavers were all off doing some last minute feeding nearby. There were about a dozen nests in a cluster that seemed to have no birds nearby. The female diederik took off from her perch in the shadows and entered the nest with her rump and tail sticking out. About 20 seconds later, a female lesser masked weaver showed up and tried to pull the cuckoo out of the nest. The tussle lasted 2-3 minutes, during which the diederik was busy with her front half fully inside the nest.

Despite the hard work from the female weaver, the cuckoo stuck to her guns. The weaver simply could not dislodge her. At one point she bent through an odd angle, during which I believe she was positioning her cloaca inside the nest in order to deposit an egg.

Once the cuckoo egg was laid in the nest, you could see the female visibly relax, and begin to back out of the nest. Fully out of the nest, she turned around and flue straight towards me, but it was too dark to get a photo (she is the grey blur in the image). However, as she turned, she dropped the egg that I presume was the lesser masked weaver egg that she removed from the nest and replaced with her own.

The assumed weaver egg fell to the ground and splattered, and was soon surrounded by a variety of insects.  In nature, nothing edible goes to waste. We can only assume that that weaver would now incubate the diederik egg, and raise the diederik chick.

According to studies done in the Johannesburg area in the 1950s, the chicks normally evict their hosts’ offspring on the second or third day after hatching. The fledging period appears to be roughly 19–20 days, and there is a period of post‐fledging care lasting between 17 and 38 days, during which the chicks are fed different foods by different host species (grass seeds by bishops; insects of different sizes by weavers and sparrows).

Intuitively, it seems unlikely that male diederik cuckoo, an obligate brood parasite, would be feeding young, but there have been reports of this over the years that have been met with scepticism. However, research published in the Wilson Journal of Ornithology in 2006 has shown that reported confirmed observations of both Klaas’s and diederik adult males providing food for individuals of their respective species that showed juvenile plumage. The researchers indicate that the mechanism causing males to associate with and provision fledglings is unknown, but warrants further study. Indeed it does! It would be useful for those birders with cameras to photograph any incidents of this that they see, and report them. 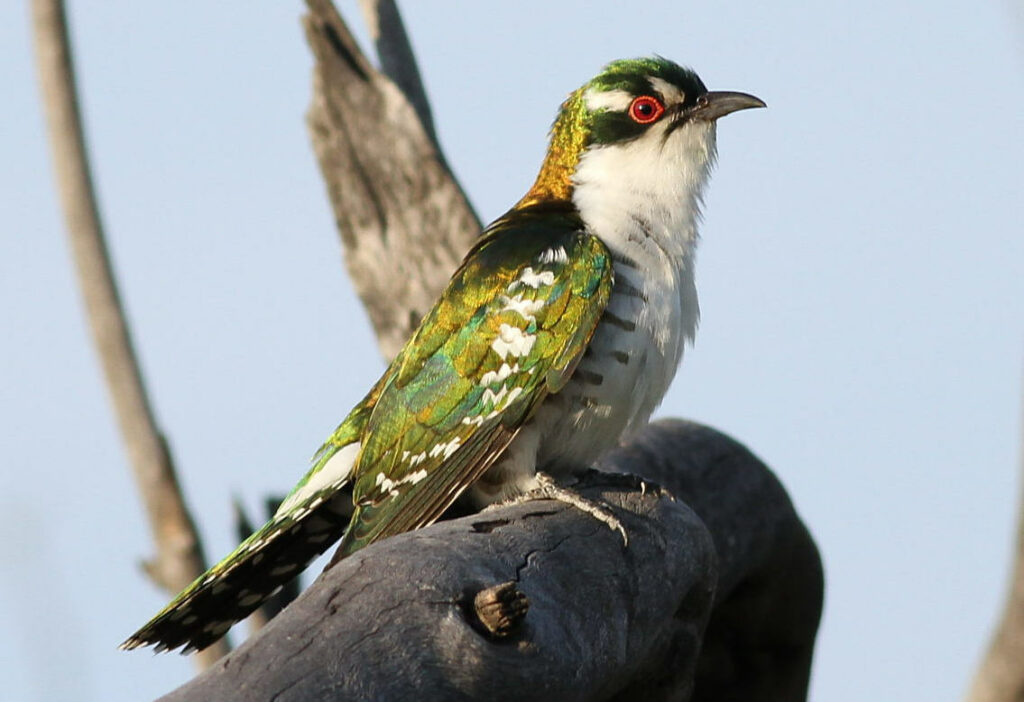 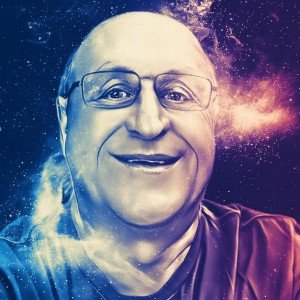 Learning about speciation from White-eyes

A tale of serendipity