On the weekend of Aug 22, 2020, when we were finally allowed to travel between provinces, I was lucky enough to spend two mornings observing Long-billed Pipits on the top of Kranskop, the central mountain of  Marakele National Park in Limpopo, South Africa. Marakele is one of my favourite birding spots in South Africa, and it always has something to offer, whether the local birds in winter or its incredible diversity of migratory warblers in summer. And this time it didn’t disappoint, but for now I want to focus on the long-billed pipits.

As the disjunct populations of Long‐billed Pipit Anthus similis in southern and East Africa are genetically distinct and geographically separated, we propose a specific status for the southern African population under the earliest available name, Nicholson's Pipit Anthus nicholsoni.

Hence this bird is now recognised as the Nicholson’s Pipit, Anthus nicholsoni.  I won’t change the title of the article, as this came to my attention after the article was posted.

These birds were the stars of the show for me and made the trip worthwhile. It is a little brown job, but beautiful in its own way, the long-billed Pipit – Anthus similis – proved an interesting study. These pipits are pretty common but difficult to find and identify, and like many pipits you have to watch them for a while. You need to listen to their call, watch their behaviour, catch their ‘personality’, and get a sense of their giss (general impression of size and shape – with behaviour). It was worth going to Marakele to spend time with this species. It’s call is unmistakable, described in Roberts as chrreep chrroop cheroo, what popped into my head was Star Wars, and it was singing “weird shirt Chewy”.

One of the behavioural features of long-billed pipits that distinguish them from African pipits is their someone more high-strung and curious personality. When disturbed,  long-billed pipits will often fly up into a bush or small tree a few tens of metres away, and look around nervously or curiously.

Pipits comprise a cosmopolitan genus, Anthus, that occurs in most of the world, except the driest deserts, rainforests and on the mainland of Antarctica.  Molecular studies suggest that Anthus arose in East Asia around seven million years ago, during the Miocene, and that the genus spread fairly quickly to the Americas, Africa and Europe. This is fairly recent in geological terms, and it seems that repeated dispersal between continents was important in generating new species, which partly accounts for the difficulties of telling them apart.

Pipits in general are a difficult group. They don’t understand the concept of species, they never read Linnaeus and their taxonomy skills are lacking, they keep on speciating, and in doing so they take no consideration of humans in how they tell their own specioid from other specioids. ‘Specioid’ is not a real word, I made up that word, but it should exist to describe groups such as pipits, white-eyes, and others that don’t quite fit our 18th Century view of taxonomy

Or course, it may be that pipits, like many birds, live in a world of sound and movement, and less so a world of visual colours and patterns. As humans, with a massive part of our brain dedicated to recognising colours and shapes, we may be at a disadvantage. The problem may not be the evolution of pipits, but rather the evolution of hominid primates such as ourselves, and our generally visual world view.

The sonic world of birds is perhaps under-appreciated by birders, and its evolutionary significance scarcely discussed in the types of books that birders read. Yet, positive correlations between male vocalization and reproductive success have been documented for many animal species, including in some pipits. In the late 1990s, biologists in Switzerland studied singing and mating success in water pipits, Anthus spinoletta, and found that one specific song element made a big difference in mating success. They called this element the “Snarr” and males with high Snarr scores were mated more often than males with low scores, and their territories overlapped less with those of neighbours.

While I don’t want to get into the evolutionary significance of the “Snarr”, it does show the importance of small variations in sound in the lives of these birds. Coming back to our long-billed pipits, it does make one wonder about the significance of the very simple three-phrase call of this species, and why they only say “weird shirt Chewy”.

Like Loading...
PrevPreviousLearning about speciation from White-eyes
NextDiederik cuckoo – observations and photos of mating rituals and nest intrusionsNext 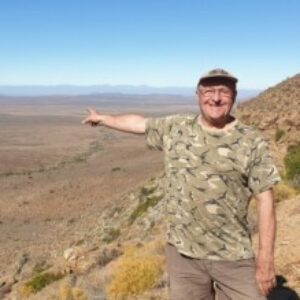